Email any Pictures taken at shows to [email protected] and we'll put them up on here . . . 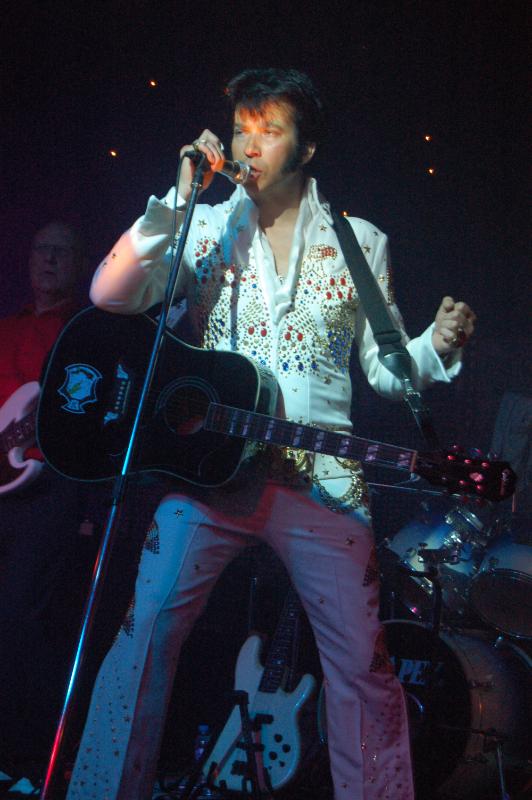 (Taken after a long show at Brauncestone)

Above with fantastic Elvis Tribute and good friend Dave Gracelands

With the legendary James Burton - Elvis' lead guitarist from 1968 - 1977 Outside the Hammersmith Apollo, London.

On the Radio!! - In the studio of  BBC Radio Lincolnshire with Rod Whiting, on the Breakfast Show.

Pics below from The Tavern, Mablethorpe Chalet Park - June 2009